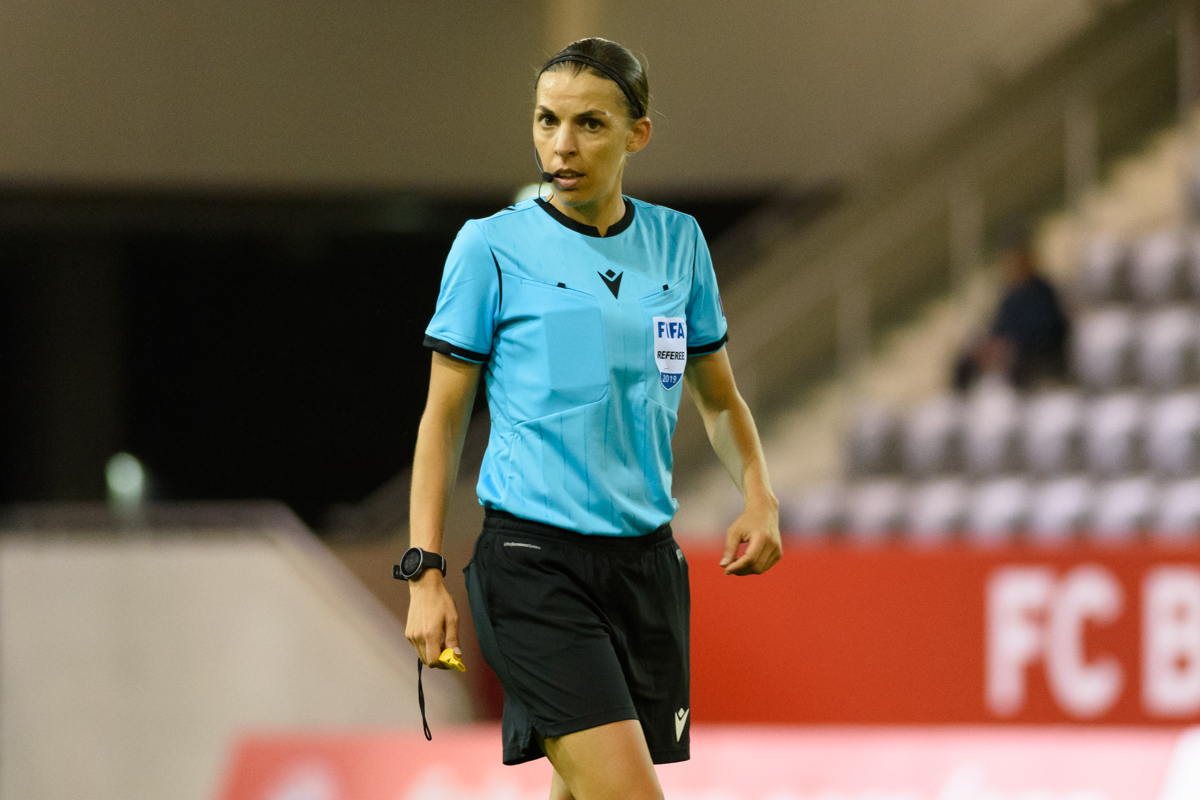 Stephanie Frappart made history as the first woman to referee a men’s World Cup match on Thursday. It is not the first time when she has made history.

Stephanie was the first female referee in the men’s Champions League, World Cup qualifying and French Ligue 1. As a part of an all-female on-field team, Brazilian referee Neuza Back and Mexican referee Karen Diaz Medina assisted Frappart in the match between Costa Rica – Germany.

‘This means a lot for women’s arbitration’, – comments Jolien Delval,  referee in Royal Belgian Football Association. ‘Not only the recognition that female refs are equal to male colleagues but also the confidence that FIFA has in these ladies in Qatar’.

This is a historic moment for gender equality in football. But some antinomy takes place there. It is happening in Qatar, where women’s rights are severely restricted.

This Thursday, an all-female refereeing trio will take charge of a men’s @FIFAWorldCup match for the first time.

Stéphanie Frappart will be joined by assistants Neuza Back and Karen Diaz in overseeing @fedefutbolcrc against @DFB_Team.

History in the making! 🙌 pic.twitter.com/KusT7SOUn9

‘In the back of my mind, I also have some doubts that this was not a premeditated decision by FIFA. To still be able to make a statement in “woman-unfriendly” Qatar’ – shared Delval.

Qatar is known not only for its harsh policy towards women. It was revealed that Qatar had corruptly won the contest to host the 2022 tournament. Moreover, Human Rights Watch (an international non-governmental organization conducting research and advocacy on human rights – ed.) reports declared mass deaths of immigrant workers involved in the construction of stadiums.

People around the world are boycotting a tournament. What do students think about holding the FIFA World Cup in Qatar? Click the link to find out more.