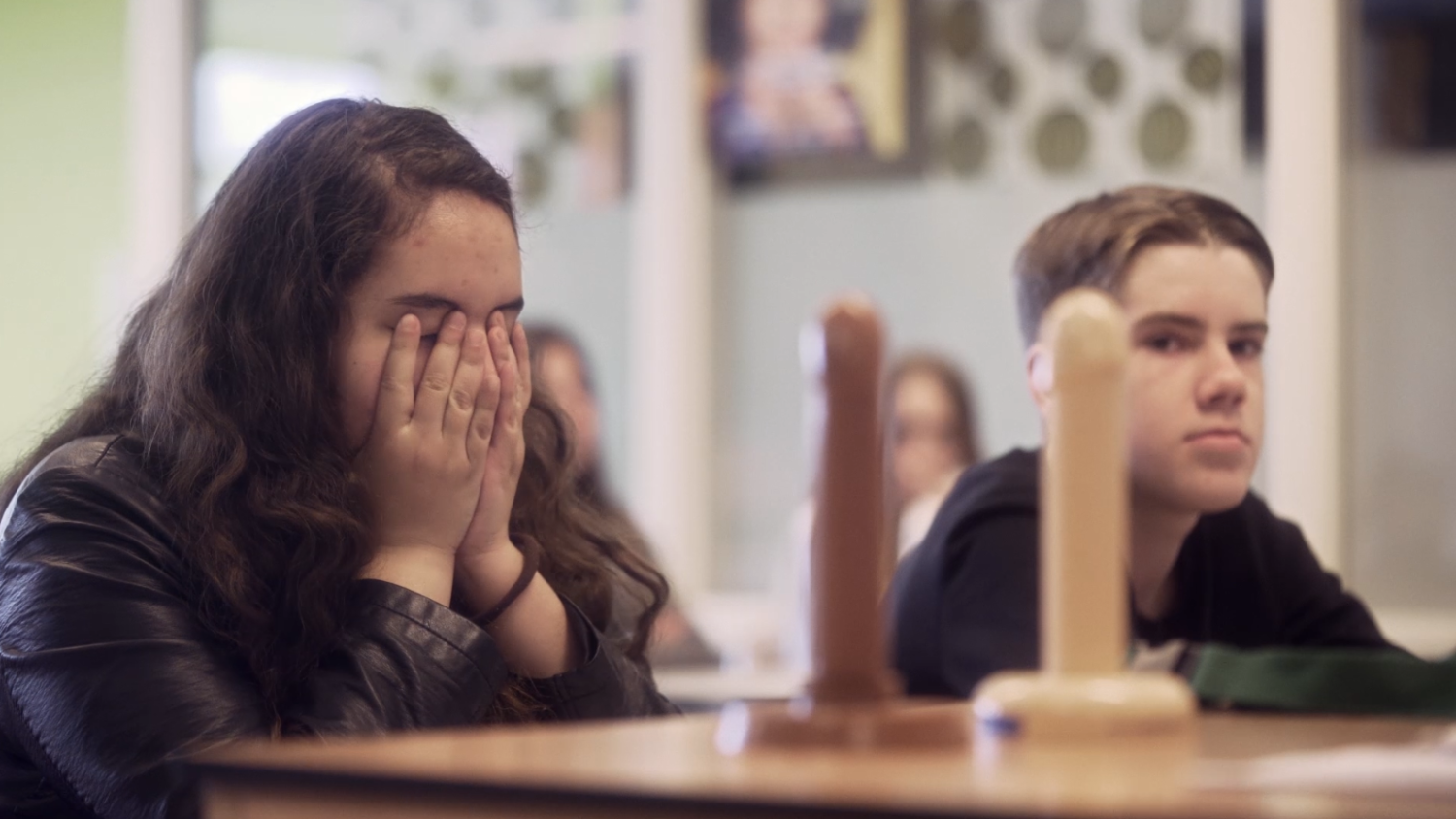 IDFA 2019 award-winning Director, Anne van Campenhout, dives deep into conversation with 21bis about her film ‘Foreplay’ and why she believes open communication about sexuality should start young.

Strangely, it seemed most appropriate that when our virtual interview suffered from buffering that Anne would say: ‘I’m going to take you to bed with me’ as her preferred Plan B location to chat.

Instilling confidence in children and adults alike, to talk openly about sexual intimacy was the motive behind her film Foreplay. Once an aspiring Actress now Film Director, Anne’s bold and contemporary style won ‘Special Mention for Best Children’s Documentary’ last year at the International Documentary Film festival Amsterdam (IDFA). Hooked on filmmaking from the moment she was introduced to the craft, she is driven by the adventure and her mission to inspire and educate.

In the run-up to the IDFA’s 2020 event this autumn, 21bis are unearthing the stories behind the storylines; starting with Foreplay by Anne van Campenhout.

Competence and confidence is the key to great sex?

‘The first time you are in bed with someone you need to be able to say “I like this” and “I don’t like this” and you have to practice that. I’m just starting to get rid of some ideas about how sex should be at the age of 31. The ideas we have about sex are formed at an age where we learn what sex is but we aren’t yet having it and we deal with these early ideas for the rest of our lives.’

Sex comes with a minefield of opinions; what sparked your curiosity?

‘I read something in a newspaper about the fact that, in the last 10 years, the age that children are exposed to sexual content is getting younger, but their sexual activity takes place later in life. That got me wondering about what that means and what that does when children see what is not meant for them.’ 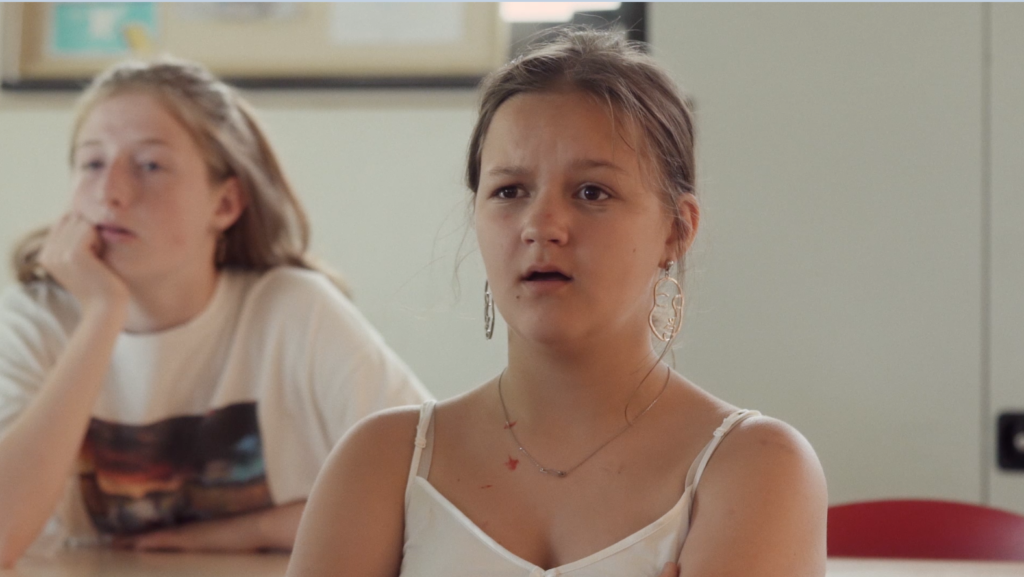 ‘I needed a role model or something recognisable’

Your sex education was confusing?

‘When I was young and started to have feelings about sexuality, I felt a lot of shame and I really thought that I had to deal with things alone. I felt like I missed a documentary [like Foreplay] where I could see other children having difficulties just like me; I needed a role model or something recognisable. I want to help people talk about sex like you would something normal.’

Ethics and values must be of greater importance when making a film like Foreplay?

‘It’s a balance between what I think is important about someone’s life and what they think is important because it’s never the same. Children don’t have reflective skills yet, so I didn’t include some interviews because it could be harmful to a child. I wanted children to be watching it and to be helped to talk more openly about sex. If I included an interview with a girl who couldn’t sleep for a week after watching porn it could be recognisable, but at the same time, it adds to the shame and contributes to the idea that it is something scary. I want children to talk about it in a normal way.’ 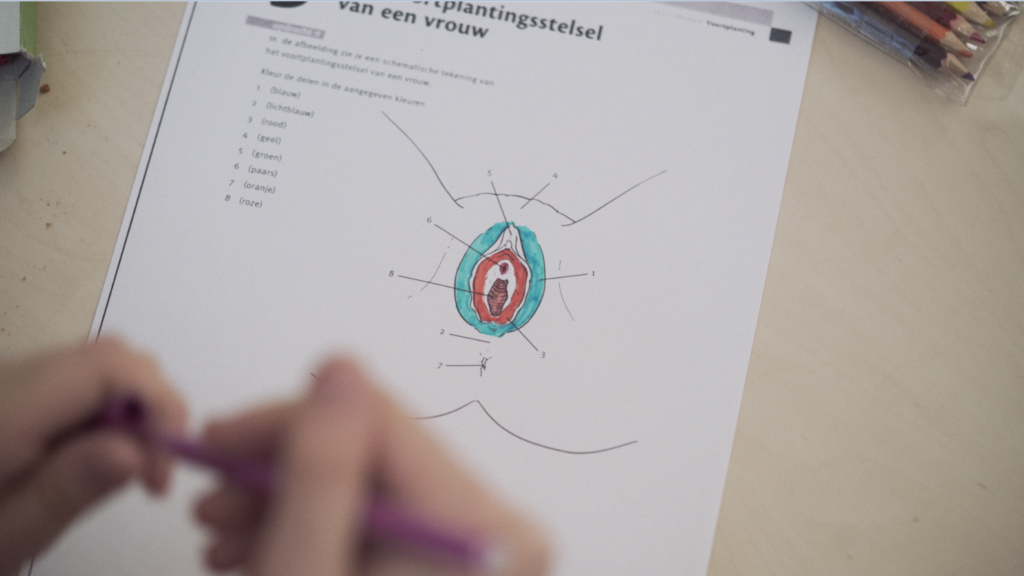 ‘Another girl said: “maybe in a garage or a tunnel” when asked where she would have sex for the first time’

Some of the responses alarmed you?

‘There was a girl who was indifferent when I asked her how she felt about sex, saying: “well, now I don’t want to have sex because I have already seen it.” Another girl said: “maybe in a garage or a tunnel” when asked about where she would have sex for the first time because she had seen it videos. They are two extremes.’

Did these extremes fill you with a scene of duty to inform our young people about healthy sexual relations?

‘There are messages out there for children but it’s more warnings or serious education. So I thought, if I wasn’t exposed to sexual videos but now children are seeing lots of content that is not meant for them, it is even more important for them to see healthy images.’

‘The children needed relief in laughter, like seeing their teacher holding a condom before talking about it’

Facial expressions revealed what they were thinking?

‘I found it so exciting to look at the faces of the children and see everything that they were thinking. When I was researching for the film, to begin with, I would sit facing the teacher but then I ended up facing the other way; observing the children. Looking at the faces, you see that there is so much going on. You see how they are looking at each other, how they are measuring, how they are curious but also questioning themselves – all of this is happening at the same time. It makes you want to know more so it was a natural way to go into interviews.’

‘The children needed relief in laughter like seeing their teacher holding a condom before talking about it, otherwise, it was too awkward. It’s the same for some adults, at first we need a moment where we can laugh about it before we have the openness.’ 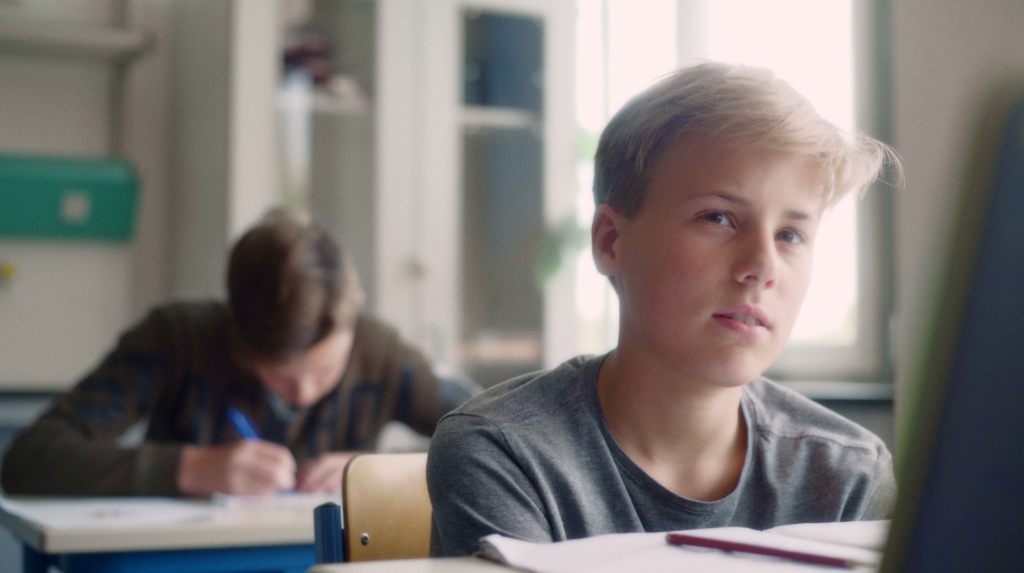 ‘I tried filming the children at home in the test shoots but it didn’t work because there is so much shame. If I suddenly started talking to someone about sex in a family home, the conversation was not running well so we needed some logical reason to be talking about sex.’

Do you think our children’s sex lives are doomed?

‘You can only have a nice sex life if you explore what you like and understand that this is different for each person. I wish for everyone to have a good sex life but it’s hard when there are so many unrealistic ideas. I think it’s very important for children to have open conversations because it’s the start of a good sex life.’

‘They were asking questions like “where’s the G-spot on a man?”’

Is there something to learn from the teaching style we see in the film?

‘I liked one teacher’s approach a lot. She kept it mechanical with a conversational tone. She wasn’t saying that you have to find someone that loves you. I hate it when people say that. She was so straight forward about it and I liked that. People have sex for lust sometimes and that’s just as good a reason to have sex to maintain your relationship or have a child. I don’t like how we romanticise and idealise sex and how it should be; saying we need to have it so many times a week.’

You learnt about G-spots?

‘They were asking questions like “where’s the G spot on a man?” These children were 13 years old and it’s just a really good question. I couldn’t answer that!’ 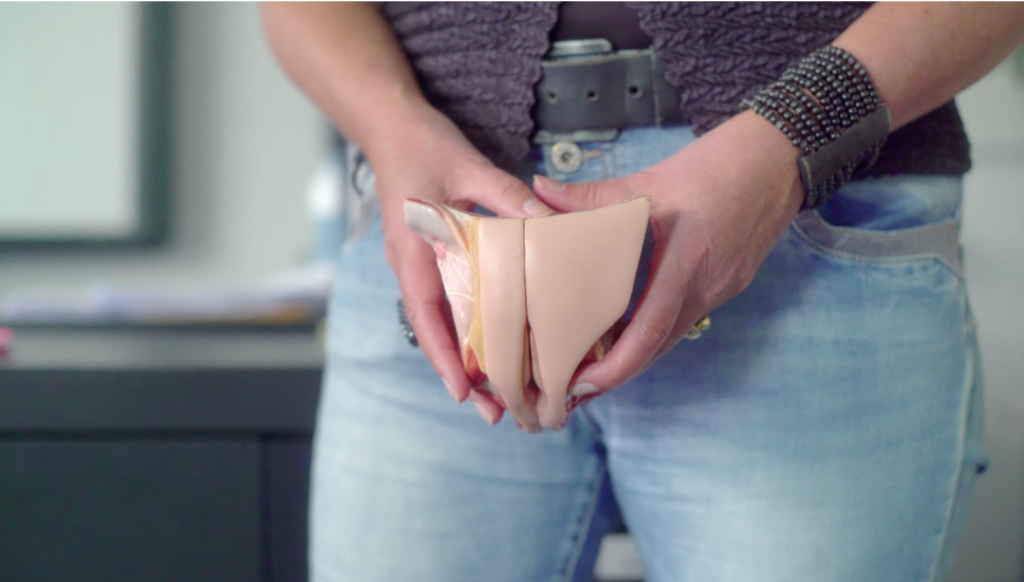 ‘In Poland, they are trying to ban sex education and so by law, it will be the same as paedophilia’

What about “social class” and culture; did you see different attitudes towards sex in the schools you visited?

‘I went to five schools that were all very different. One was the highest form of education that we have in Amsterdam, another was located in a rough area and one was a practice-based school. But when you mix the interviews you don’t see the differences. I looked for really different schools but when I was asking the children what they felt about sex, what surprised me was that it hadn’t changed that much to how I was looking at it as a child. The surprise that is not surprising.’

You must have had critics?

‘Comments were made that it was only about heterosexuals and nothing about gay relations. I interviewed one girl that said she be might interested in girls, but adding something like this for the sake of being inclusive, I think, would not be caring. It’s something that she was not even sure of yet, but I could have added it via the lessons footage.’

What concerns you about the way we approach intimacy today?

‘There is more shame and taboo now. When I was young and doing sports at school, we would all take a shower afterwards. But children don’t do that nowadays and it’s happening all over the western world. In Poland, they are trying to ban sex education and so by law, it will be the same as paedophilia. To me, it feels like we are going backwards and I don’t understand why.’

For more conversations about what sex means in the 21st century, check out ‘Sexting in lockdown’ by 21bis reporter, Jasmien Geivers (Dutch speakers).